Are ex-council flats a good investment - we think so


I remember the initial meeting with a landlord who was nervous about his first buy to let purchase.  A 2 bedroom top floor flat in a council built & council run block in Sunnymead, close to Crawley town centre.  It was one of the original 1950’s blocks built by the new town commission and the flat had good sized rooms and a balcony.  It had been well looked after and the previous owner had installed a new kitchen.  As one prospective tenant put it – “I was a bit unsure from the outside but once through the door it was lovely and really handy for town”.

My landlord still has his flat, it is still tenanted, he is still getting a great yield.  There haven’t been any recent sales in the road but as property prices have been increasing across Crawley I’m sure my landlords flat is back to its 2006 purchase price and may have even risen beyond the ceiling price the flats achieved in 2007. 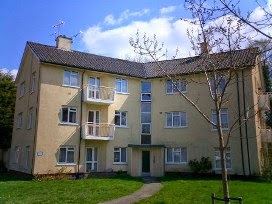