Crawley’s continuing housing shortage is putting the town’s (and the Country’s) repute as a nation of homeowners ‘under threat’, as the number of houses being built continues to be woefully inadequate in meeting the ever demanding needs of the growing population in the town.   My parents moved to Crawley in the 70’s and the other day at a family get together; the subject of the Crawley Property market came up in the conversation (as I am sure it does at many family parties in Crawley) after the weather and politics. My parents said It used to be that if you went out to work and did the right thing, you would expect that relatively quickly over the course of your career you would be buying a house, you would go on holiday every year, you would save for a pension.   But now things seem to have changed?

Back in the Autumn, George Osborne, used the Autumn Statement to double the housing budget to £2bn a year from April 2018 in an attempt to increase supply and deliver 100,000 new homes each year until 2020.  The Chancellor also introduced a series of initiatives to help get first time buyers on the housing ladder, including the contentious Help to Buy Scheme and extending Right to Buy from not just Council tenants, but to Housing Association tenants as well. 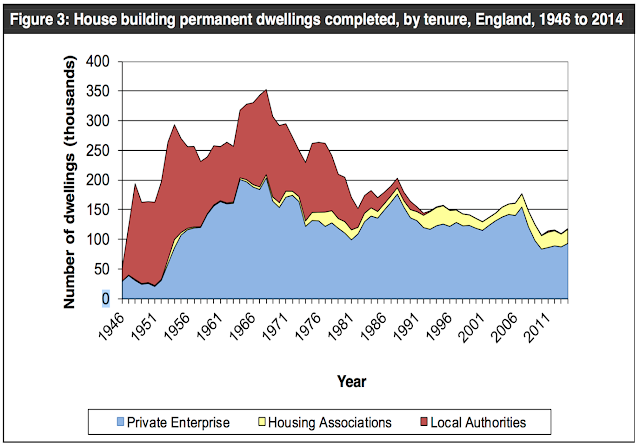 How George is going to almost double house building overnight, I don’t know, because using the analogy of a greengrocers; if people want to buy more apples (i.e. houses) in a greengrocers’ shop, giving them more money (i.e. with the Help to Buy scheme) when there's not enough apples in the first place doesn't really help.


Looking at the Crawley house building figures, in the local authority area as a whole, only 160 properties were built in the last 12 months, split down into 110 privately built properties and 50 housing association with not one council house being built.   This is simply not enough and the shortage of supply has meant Crawley property values have continued to rise, meaning they are 8.7% higher than 12 months ago, rising 1.0% in the last month alone.


I was taught at school (all those years ago!), that’s it’s all about supply and demand, this economics game.   The demand for Crawley property has been particularly strong for properties in the good areas of the town and it is my considered opinion that it is likely to continue this year, driven by growing demand among buyers (both Crawley homebuyers and Crawley landlords alike). You see Crawley’s economy is quite varied, meaning activity is expected to remain relatively strong into the early Summer of 2016, especially as some Crawley buy to let landlords try to complete purchases ahead of the introduction of new stamp duty rules in April.


.. and of supply, well we have spoken about the lack of new building in the town holding things back, but there is another issue relating to supply.   Of the existing properties already built, the concern is the number of properties on the market and for sale.   The number of properties for sale last month in Crawley was 337, whilst three years ago, that figure was 458 whilst five years ago it stood at 946… a massive drop!


With demand for Crawley property rising, minimal new homes being built and less properties coming onto the market, that can only mean one thing ... now is a good time to be a homeowner or landlord in Crawley.