What is really happening in the Crawley Property Market? 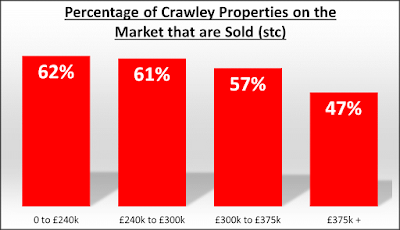 The next nine months’ activity will be crucial in understanding which way the market will go this year after Brexit ... but, Brexit or no Brexit, people will always need a roof over their head and that is why the property market has ridden the storms of oil crisis’ in the 1970’s, the 1980’s depression, Black Monday in the 1990’s, and latterly the credit crunch together with the various house price crashes of 1973, 1987 and 2008.
And why? Because of Britain’s chronic lack of housing will prop up house prices and prevent a post spike crash. ... there is always a silver lining when it comes to the property market!
Posted by Unknown at 09:49